Travel Ban, Kate's Law May Not Help Much Now The Problem That "Intellectuals" Created    Update of a previous story… 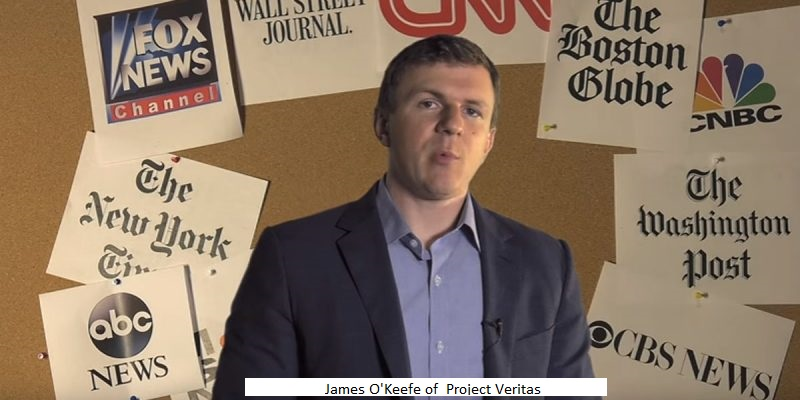 The Donald Trump-Russian narrative lost all credibility yesterday when a hidden video caught a CNN executive admitting that the news media company didn’t believe its own story.

Since CNN first began reporting on this narrative, many major news outlets, such as the Washington Post have followed suit, in some cases collaborating with CNN on sensationalizing the baseless story.

Internet Deputy reported on one of the collaborations back on June 17th. The story provides clear evidence that The Washington Post has been, perhaps, the most instrumental of news organizations advancing the fake story.

But The Post is not the only organization that has jumped on the “Russian collusion” narrative, leaving some to wonder how the many other news organizations intend to deal with this deflating information.  After all, these companies all participated in what has now been shown to be a false premise.

The Company's Own Executive Admits All!

Only days after CNN retracted a “Trump-Russia” story which resulted in the forced resignation of three of its investigative reporters, the results of an undercover investigation released this morning, gutted the entire narrative. A Project Veritas video caught a Sr. Producer at CNN admitting that the Russian story is “mostly bullsh*t.”

John Bonfield, a 15-year veteran of CNN, opened up to an investigative reporter who was recording with a hidden camera. The investigator asked several questions in casual conversation while visiting with him having lunch, riding in his car, and then at the CNN studio.

Project Veritas is a non-profit organization that, according to its web site, “Investigates corruption, dishonesty, self-dealing, waste, fraud, and other misconduct.”

As part of the lead-in, the Project Veritas video states that  CNN has mentioned the “Russian” story almost 16,000 times since President Donald Trump took office. The narrator goes on to say that the organization sent undercover reporters “to understand why.”

Much of the media-sensationalized Donald Trump “Russian Collusion Story” snow-balled from original allegations as a result of a fabricated “intelligence dossier” on the President. It is now known that the  secretive Washington firm that commissioned the dossier is only a propaganda company for the Democrat party and liberal affiliations.

The firm, Fusion GPS was threatened with subpoena by the Senate Judiciary Committee earlier this month after it refused to answer questions and provide information to the congressional panel. The information in question included the identity of the financiers of concocted intelligence dossier.

According to its web site, Fusion GPS is a company that is based in Washington, DC, and,”provides premium research, strategic intelligence, and due diligence services to corporations, law firms, and investors worldwide.”

Before Snowden NSA Was Unaware!

The National Security Agency did not know how many officials were authorized to download and transfer top secret data from its servers prior to the high-profile leaks by former contractor Edward Snowden, according to a recently declassified government report.

The NSA was also unsuccessful in attempts to meaningfully cut the number of officials with "privileged" access to its most sensitive databases, the Department of Defense's inspector general determined in the 2016 investigation. The heavily redacted report was obtained by the New York Times through a Freedom of Information Act lawsuit.

The agency struggled to achieve the mandated reductions because it had no idea how many employees or contractors were designated data transfer agents or privileged access users prior to the leaks.

Originally Posted in the Sacrament Bee

BY TARYN LUNA AND CHRISTOPHER CADELAGO

Rendon announced plans to park the bill to create a government-run universal health care system in Assembly Rules Committee “until further notice” and give senators time to fill in holes that the bill does not currently address.

“Even senators who voted for Senate Bill 562 noted there are potentially fatal flaws in the bill, including the fact it does not address many serious issues, such as financing, delivery of care, cost controls, or the realities of needed action by the Trump administration and voters to make SB 562 a genuine piece of legislation,” Rendon said.

Actual Wrong-Doing Being Looked Into

In a letter to Ms. Lynch, the committee asks her to detail the depths of her involvement in the FBI’s investigation, including whether she ever assured Clinton confidantes that the probe wouldn’t “push too deeply into the matter.”

The Mainstream Media's Character Assassination of Trump is only helping him.

The Washington Post, in it’s typical multi-authored fashion, released a story this morning about President Donald Trump, which painted him as “stressed out” and “beleaguered” by the “ Russian Investigation”.

In spite of continuing reports of this nature, the president has consistently moved forward with his agenda as planned. While the president seems to be on a steady course, the course of the Washington Post is not consistent with its claimed objective and might, as some on the left now contend, actually be aiding the president in achieving his goals.

According to an inside source at the publication, reporting news is no longer as important as maintaining any narrative that makes the president look bad. Speaking on condition of anonymity, she told of conversations and behaviors that showed, in her words a “less than professional” image.

The Real Winners After Georgia

Originally Posted in US News

Triumphant Republicans are boasting that Karen Handel's win in Georgia's special House election is the ultimate validation that the backlash against President Donald Trump is Washington-centric and overblown.

Disappointed Democrats remain convinced the lesson from the loss is that if they continue to widen the competitive map going forward, they're bound to score victories in unexpected places given how they've been able to trim margins in GOP-favoring districts.

They both may be on to something.

Seventeen months ahead of the 2018 midterms, the electoral terrain remains unsettled, with neither party holding a clear and clean advantage.