Osoff Camp to Beacon--Get the HELL Out! 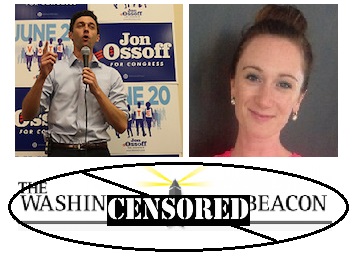 The reporter was approached immediately upon entering the event by Osoff spokesman, Sacha Haworth, who then escorted him out. When Scher asked why he could not cover the event, Haworth only said generically  “Thank you very much for your interest in covering our race.”

Scher then asked why the Free Beacon was not allowed to cover the race despite its interest, and Haworth said again, “Thank you very much for your interest in covering our race.” Prior to the ouster, the Osoff campaign has also refused to provide any campaign scheduling information to the Free Beacon.

Many other reporters were, however allowed to enter. Reporters from CNN, Huffington Post, and The New York Times were among those who criticized the campaign for preventing Scher from covering the event.

This should come as no surprise as the polarization in America continues to grow at an unprecedented rate. In addition, barring media that covers issues from an unsupportive perspective goes back to the beginning of the Obama administration.