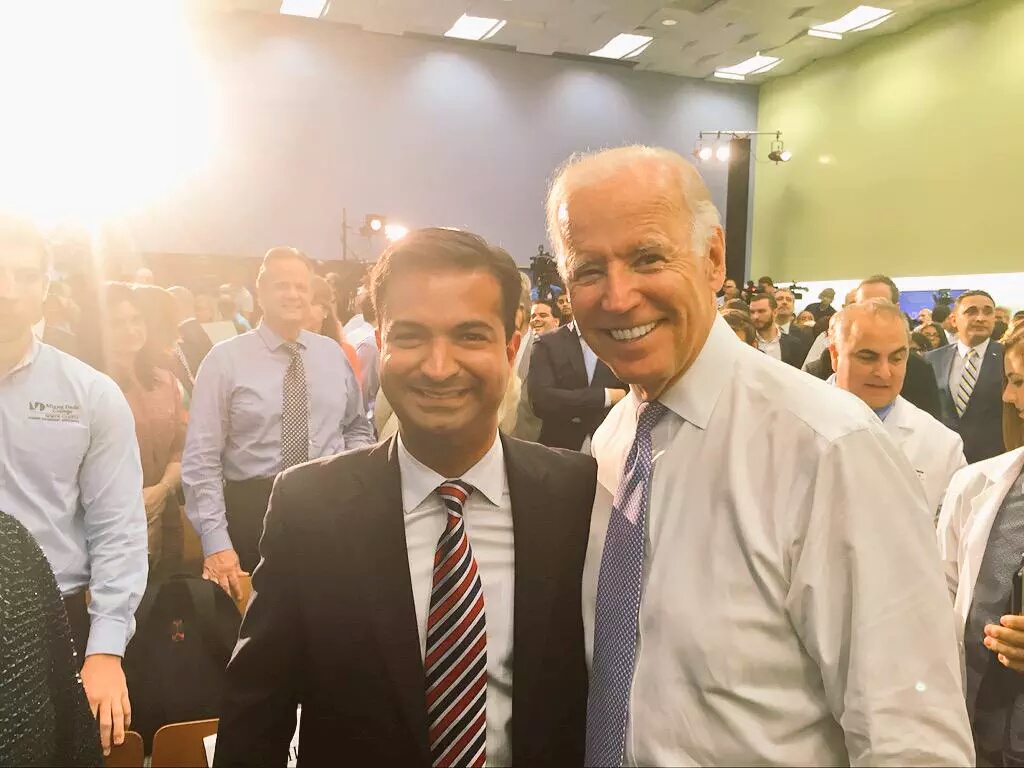 “There is a real interest in pretending this is a live issue, but it’s not,” Grover Norquist, the founder and president of Americans for Tax Reform, told the Washington Examiner. “What they do is say some Republicans like the idea of the carbon tax. But it will never ever happen. The Republican Party has made it very clear that they are overwhelmingly opposed to a carbon tax.”

Norquist's group will host an event Monday to highlight conservative opposition to the bill, which is designed to tempt Republicans into supporting a tax on carbon emissions by getting rid of the federal gas tax. While Curbelo's supporters are hoping it can gain traction among Republicans, Norquist predicts it's already dead, in part because it would increase federal tax revenues and spend them.

“It’s a really horrid bill if you read it,” Norquist said. “This is a very regressive across the board tax on energy. It is extorting money from American industry. If you had to have the anti-Trump bill, to go against everything he is doing, this is the kill American manufacturing bill.”

Others say Curbelo's action shows Republicans representing states already feeling the impacts of climate change, such as Florida and its rising sea levels, are interested in finding solutions.

“The fervency of opponents’ responses demonstrates that these ideas could have real traction and can happen more quickly than most people think," said Joseph Majkut, a climate scientist at Niskanen Center, a libertarian think tank supporting a carbon tax.

Many economists say a carbon emissions tax is the most cost-effective way to fight climate change, and thus could appeal to GOP skeptics.

“It's no secret that attempts to raise the gas tax have created political problems, as have efforts to impose a carbon tax,” Majkut said. “So, if you are standing up a carbon tax and getting rid of the gas tax, it will to a large degree offset the increased costs drivers pay at the the pump. It is an open question whether that is going to help the politics of the bill.”

Curbelo's bill represents the quandry some Republicans are in when it comes to climate change. He is a moderate Republican facing reelection in a purple state whose bill is strategically designed to bridge the wide gap between his party and Democrats.

His bill would impose a tax beginning at $24 per ton of carbon dioxide in 2020, but which rises 2 percent annually above inflation. At the same time, it repeals the federal taxes on gasoline, diesel, and aviation fuels.

“There are a couple of elements in the Curbelo bill that are very positive and that Republicans should like,” said Josiah Neeley, the energy policy director of the R Street Institute, a free-market think tank. “One is the tax swap idea, that if you put in a carbon tax, you can use that to replace revenue from other taxes. This is a standard part of the GOP tax playbook going back to 1986, with the Reagan tax bill, and to last year’s tax cuts."

In a nod to Trump, the legislation would use the revenues from the carbon tax to fund improvements to America’s crumbling infrastructure, some of which would be directed for flood-mitigation projects and other initiatives to protect against climate change. Seventy percent of the money would go to the Highway Trust Fund, the nearly depleted funding source that spreads money to states to help pay for transportation projects.

Another 10 percent of the carbon tax proceeds would be used as grants for low-income households, a provision intended to combat conservative critics who say taxing oil refineries, gas plants, and coal mines for the carbon dioxide they burn would disproportionately harm poorer people who spend more of their income on energy.

Curbelo’s proposal would also restrict the ability of the EPA to regulate greenhouse gases under the Clean Air Act. That anti-regulatory gesture would prevent a future Democratic administration from creating another Clean Power Plan, the Obama administration’s signature program to force power plants to reduce carbon emissions.

“The pause or suspension of EPA’s regulatory authority is appealing,” Neeley said. “That may not seem like a pressing thing right now because Trump is not pursuing climate change regulations, but over time, that authority will come back into play, and being able to get out from under that is a real positive.”

Despite the outreach to Republicans, it’s unlikely Curbelo’s bill or any carbon tax legislation can pass the GOP-controlled Congress anytime soon.

Last week, all but six House Republicans voted to approve a nonbinding, GOP-leadership-backed resolution declaring a potential carbon tax harmful to the economy.

Supporters of the Curbelo bill seek to overcome the political hurdle in Congress with data.

The bill would cause reductions in annual gross domestic product between 0.1 and 0.2 percent in the 2020s, while prompting total employment to decline by only between 0.02 and 0.04 percent.

The study projected that Curbelo’s bill would cut U.S. greenhouse gas emissions by 30 to 40 percent below 2005 levels by 2030 and 27 to 32 percent reductions by 2025, ahead of the goals set in the Clean Power Plan.

More than two-thirds of these projected emission reductions are expected to occur in the electric power sector, as the tax would prompt acceleration of the ongoing trend of cheaper, less carbon-intensive natural gas replacing coal, and zero-emission renewables, later on, expected to replace gas.

The Curbelo proposal, like any carbon tax, would increase the price of energy-intensive goods such as electricity, home heating fuels, and gasoline. It would hit some industries, such as coal, particularly hard, reducing coal production 50 percent relative to current policy by 2030, the report said.

“A carbon tax doesn't really have meaningful effects on aggregate macroeconomic outcomes,” Noah Kaufman, a Columbia economist and author of the study, told the Washington Examiner. “It’s not a big deal for GDP or income growth. But it absolutely does have a disproportionate impact on certain groups, with coal mining being the biggest one. The broad takeaway is that using a carbon tax can achieve emissions reductions at a low cost, although there are important winners and losers to worry about too.”

Neeley hopes Republicans can appreciate the benefits of Curbelo’s bill, although his expectations remain modest.

“The support for this idea is still low for Republicans, but the growth trajectory is in the right direction,” he said.