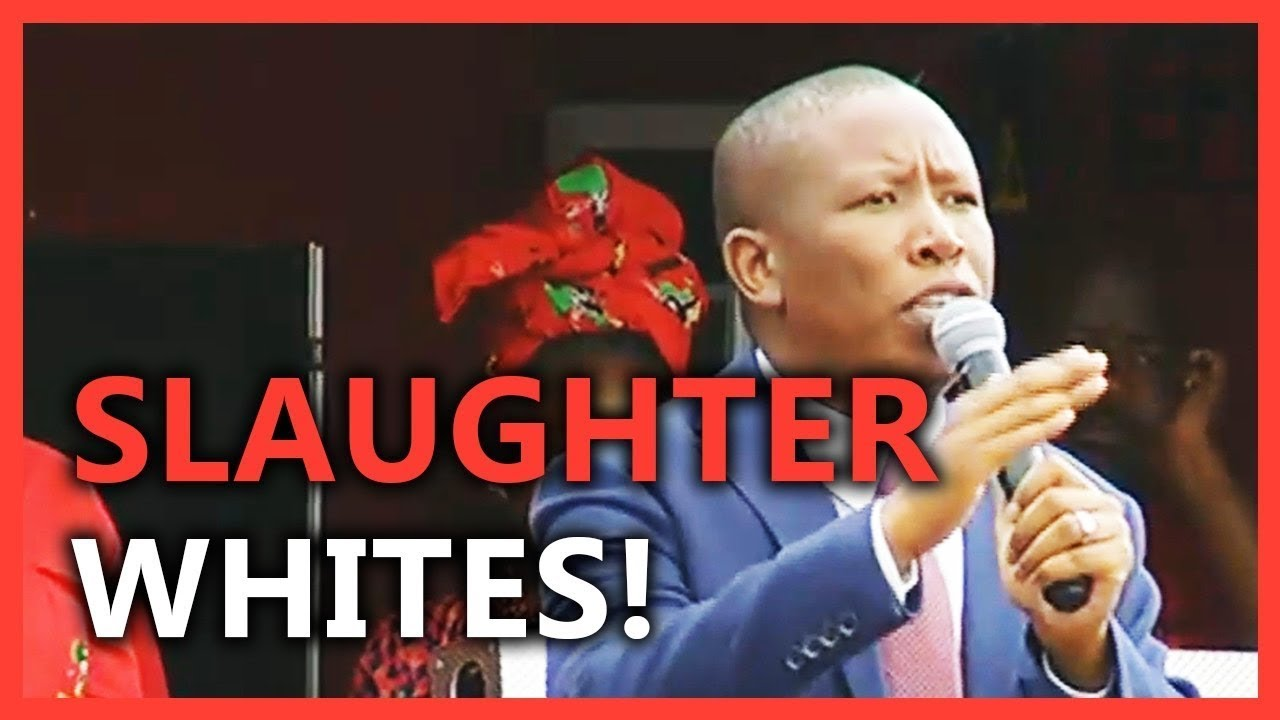 Obama as usual was careful to only address those issues and sentiments that he believes are important for left-wing blacks or those easily swayed by progressive pronouncements.

What was missing from his speech was any message regarding the rampant killings of South African whites condoned by South African black officials. In fact, during the coverage of Obama’s visit to the impoverished country, the U.S. news media ignored the “open season on white South Africans,” which has reach the level of genocide, according to Lyle Presserman, a former member of the Israeli special forces and Israel’s national police service.

“The state-sponsored terrorism is currently directed at white citizens by the black majority population and South Africa’s Neo-Marxist African National Congress (ANC). In addition, a group known as the Economic Freedom Fighters has commandeered farms and businesses owned by whites,” according to Presserman.

It’s believed that the openly harsh language and displays of racial hatred by South Africa’s leaders have fed a bloody tide of pent up rage, that has basically nullified Mandela’s pledge to both black and white citizens.for a peaceful transition with the end of the state-enforced apartheid policy.

Today in South Africa, white people — men, women and children — are being forced to flee or to prepare for an eventual civil war. And not one major news organization in the United States is covering the bloodshed and injustice in a once-prosperous nation.

Although Nelson Mandela is held up as an iconic peacemaker, much in the same mold as America’s Dr. Martin Luther King, Jr.,   Mandala was a communist who did not share MLK’s hope for a racially-blind America.

According to freelance newsman Justin Smith, Mandala allowed three-quarters of a million people to be slaughtered during his weak regime.  Since his death, the violence against whites has become worse.

In Johannesburg specifically, close to 60,000 white people have been reported murdered, since Mandela fell from power, along with an estimated half a million more who have vanished without a trace, and while many human rights groups are calling this a “white genocide”, the mainstream media seems not to notice, claims Smith.

The rapid rise of this tragic situation can be largely attributed to the passage of the Expropriation Bill of 2008, which empowered the ANC and “any organ of state at any level of government” to take ownership and possession of property “simply by giving notice to the expropriated owner”. However, the most unjust and economically unstable bill was passed (241 to 83) just this year in March 2018 by legislators in the South African Parliament. The new law allows the seizure of land from white farmers without any payment or compensation.

In order to achieve this Soviet-style injustice, they changed their constitution and used their majority to legalize state theft from the politically powerless South African white minority.

In the wake of South African President Cyril Ramaphosa’s and the ANC’s tyrannical change to the constitution, the black majority has interpreted this move to mean “We have permission to kill white people”. And the violence has been further stoked by Julius Malema, leader of the EFF, who regularly leads crowds to chant “Kill the Boer, kill the white man”.

Nearly 50 murders are committed each day in South Africa. In the year there were 17,068 murders and the murder rate was 32.2 per 100,000 – about five times higher than the global average of 6 per 100,000. The private security industry in South Africa is the largest in the world, with nearly 9,000 registered companies and 400,000 registered private security agents and uniformed guards, more than the South African police and army combined. Many emigrants from South Africa also state that crime was a major factor in their decision to leave. Crime against the farming community has continued to be a major problem.

Julius Malema, head of the Economic Freedom Fighters (EFF) claims his violent rhetoric is not really intended to move his followers to murder whites, when he shouts “hit them hard — go after the white man … We are cutting the throat of whiteness.”

“His followers didn’t get the memo and have taken his message to heart, as black gangs are roaming the countryside slaughtering entire white families,” said Justin Smith.

Lauren Southern, a freelance correspondent, was in South Africa writing a motion picture documentary on the “crisis of humanity, this white genocide.” Upon her recent return Ms. Southern offered the following condemnation: “It’s being covered up. The government has stopped collecting all data based on race … so they can’t even show these brutal murders are happening disproportionately to whites. They are covering up all these murders as burglaries gone wrong … That is what’s being reported by the government and by the media.”

In addition, white South Africans were made helpless when the government began to strictly enforce the Firearms Control Act of 2000. If an applicant for a gun license isn’t black or a member of the ANC or the EFF, the applicant is often denied a firearms license, which out of necessity leads whites to arm themselves “illegally”; and if they even minimally defend themselves, they are regularly punished, since self-defense itself verges on an offense, under the Marxists’ “constitution.”

A number of white farmers have contracted Idan Abolnik, a former soldier with the Israeli special forces, to help them protect themselves. This follows the South African Parliament’s move earlier this year to redistribute land from white South African farmers to black workers, raising fears among those white farmers of violent attacks.