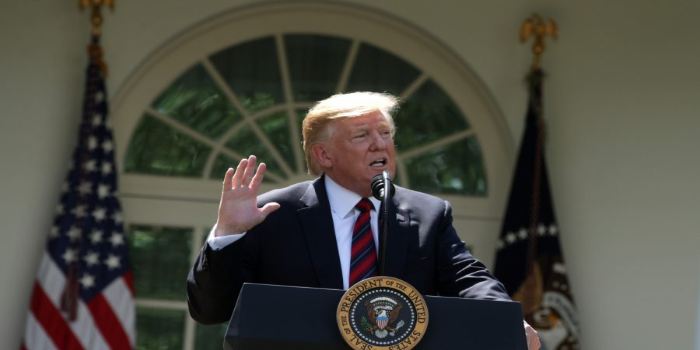 Mr. Trump said the overall level of legal immigration would remain the same, at about 1.1 million people per year, but that the U.S. should do more to pick newcomers who would boost the economy rather than rely on migrants to pick themselves based on which relatives are already in the country.

Gone was the stiff rhetoric of the 2016 campaign, when candidate Trump warned of an “influx of foreign workers” and proposed a “pause” on job-based immigration. Instead, Mr. Trump talked of open doors and a nation of immigrants, though he said it matters how they get into the U.S.

“We want immigrants coming in. We cherish the open door,” he said in a speech in the White House Rose Garden. “But a big proportion of those immigrants must come in through merit and skill.”

Right now, only about 12% of immigrants are selected based on employment. The president said his plan would raise that to 57%, “and we’d like to even see if we can go higher.”

He said his plan would achieve 100% operational security at the border, with more technology to scan vehicles coming through the legal ports, more barriers to prevent people from jumping between the ports and tighter rules to stop abuse of the asylum system.

Yet Mr. Trump’s plan does not deal with future foreign guest workers, nor does it address any of the estimated 11 million illegal immigrants already in the U.S. who are clamoring for legal status.

Those omissions made the timing of the announcement curious.

Congress is debating what to do about the surge of migrants at the border, where nearly 110,000 people crossed illegally in April alone. The vast majority of those were families and unaccompanied children, setting a record.

READ MORE OF THIS ARTICLE