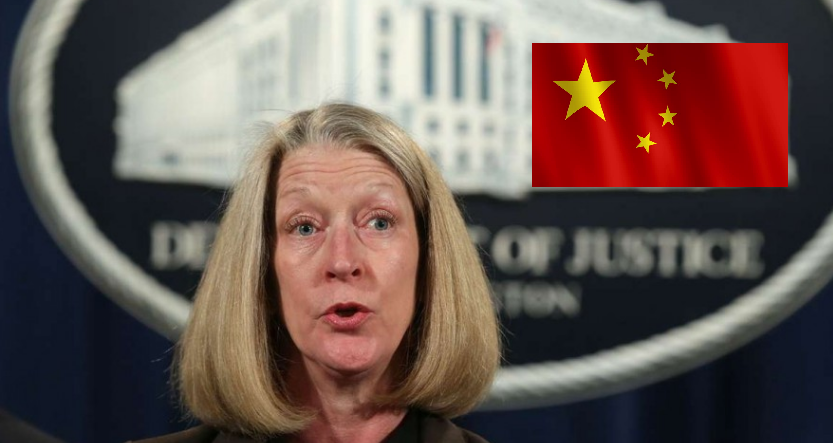 Claiborne, 62, a former State Department office manager posted to both Beijing and Shanghai, pleaded guilty on Wednesday to a single conspiracy charge of defrauding the government by lying to federal agents about extensive contacts with two MSS intelligence officers.

"Candace Marie Claiborne traded her integrity and non-public information of the United States government in exchange for cash and other gifts from foreign agents she knew worked for the Chinese intelligence service," said Assistant Attorney General John C. Demers. "She withheld information and lied repeatedly about these contacts."

The government did not charge Claiborne with espionage and she had claimed in interviews with the FBI that she only passed unclassified State Department information to the MSS.

New details of the spy case were outlined in a statement of facts submitted to federal court in the case as part of her plea bargain.

Claiborne had access to top-secret information and was recruited by the MSS in 2007 and continued to have contacts with one of two MSS handlers until at least 2016.

The case highlighted a decades-long failure on the part of the FBI to aggressively counter Chinese intelligence activities targeting Americans. At the time of her arrest in March 2017, Claiborne was the first American prosecuted for Chinese spying in nearly 10 years.

Since then, federal authorities have charged three other former intelligence officials with espionage-related offenses.

U.S. intelligence in China suffered major losses beginning in 2010 when more than a dozen recruited Chinese assets were uncovered by the MSS.

The agents were believed to have been executed or imprisoned as the result of a turncoat CIA officer or a compromise in the CIA agent communication system, or a combination of both.

Critics have said the lack of counterintelligence against China reflected conciliatory policies toward Beijing of successive administrations.

The Trump administration was the first in years to crack down on Chinese intelligence-gathering. The White House has accused China of stealing as much as $500 billion annually in American technology and intellectual property.

According court papers in the case, Claiborne was handled by two officers from the MSS and the Shanghai State Security Bureau (SSSB), component in charge of conducting intelligence operations against Americans.

Court documents provided hints of the type of information Claiborne supplied to the MSS. It included requests for details on "internal evaluation of the fruits and consensus … made by the U.S. government" during one of the U.S.-China Strategic Economic Dialogue, a forum during the Obama administration.

The MSS also asked for information about the types of pressure the United States government planned to place on the Chinese government if Beijing did not respond to U.S. demands.

Also, the MSS wanted Claiborne to supply details on "internal attitudes taken by the high-level American officials," the statement of facts said.

During her last posting in China, "Claiborne met with Co-conspirator B and Co-Conspirator C regularly," the statement said. "These in-person meetings generally occurred once or twice per month. Prior to each meeting, Claiborne would receive a communication from Co­Conspirator B or C requesting information on an upcoming meeting between the United States and China, visits by U.S. or Chinese dignitaries to the other country, or dialogues or plans between the two countries that were of interest to China."

The court paper said Claiborne was aware that the information sought by the Chinese was internal to the State Department and would "provide an advantage to Chinese officials."

Claiborne searched State Department computer systems for cables, white papers, and other non­public, official government documents for the MSS and printed out the documents and placed them in manila envelopes. The material was then passed in person to the two MSS agents in exchange for envelopes containing "a significant amount of Chinese currency."

The gifts include free air travel, electronic devices, and rent and living expense for Claiborne's relative.

"In total, the amount of gifts, money, services Claiborne and [her relative] received during the period of the conspiracy, combined with Claiborne's Department of State salary, well exceeded $550,000," the statement said.

Investigators stated that Claiborne lied on security forms required for security clearance renewals and also during security debriefings about her secret work for MSS.

The statement did not say how the FBI first learned of Claiborne's spying activities.

However, the FBI confirmed the activities using an undercover agent who posed as an MSS officer in January 2017. She was arrested two months later.

Beginning in 2000, Claiborne worked at the Beijing Embassy for the economic minister counselor and the security engineering center, a position that provided her with access to U.S. secrets on economic relations and security matters.

She left Beijing for another assignment in June 2003 and was posted to the U.S. Consulate in Shanghai through 2007.

Claiborne again left China after the Shanghai posting and returned in late 2009 when she worked in both Beijing and Shanghai until July 2012.

Investigators disclosed that the Chinese made frequent payments ranging from more than $200 to $500 to Claiborne and provided her with gifts, including support for a co-conspirator identified in the statement only as a close relative who lived with her and who went to school in China.

"Our close working relationship with the FBI and the Department of Justice resulted in the conviction of Candace Claiborne who violated the public trust and damaged our national security," Colon said.  "Diplomatic Security will continue working with our law enforcement partners to vigorously defend the interests and security of the United States of America."

Evidence uncovered in the case included a journal entry by Claiborne who said she could generate $20,000 a year by working for the MSS.

Sentencing is set for July 9. The maximum sentence for defrauding the government is five years in prison.

The plea agreement calls for Claiborne to cooperate with the FBI in conducting a damage assessment of the case.

Claiborne initially had pleaded not guilty.