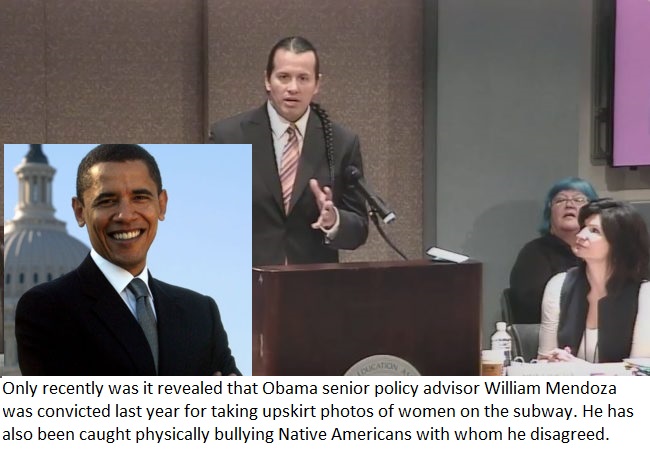 William Mendoza, a former senior official of the Obama Department of Education was convicted of sex crimes in January 2017, according to a recent report by The Daily Mail. Apparently, only recently has this information been reported, having been kept quiet for the last months of President’s tenure in office and the year following.

The former Obama policy advisor is a Native American Activist who has at least three children and is part of the Oglala-Sicangu Lakota tribe. He was a major protest figure against the Dakota Access pipeline project. He has also been an outspoken critic of Native American symbols being used as mascots in sports.

Mendoza, 42, the executive director of the White House Initiative on American Indian and Alaska Native Education was arrested in November of 2016 and charged for attempted voyeurism. The acts which took place at least four times in July of 2016 involved him trying to take photos and videos up women’s

He pleaded guilty to the sex crimes and was only convicted on one charge of attempted voyeurism which is only a misdemeanor and was given a suspended 90 day sentence with one year of probation.

In all the documented cases he used a government issued iphone during his work hours. 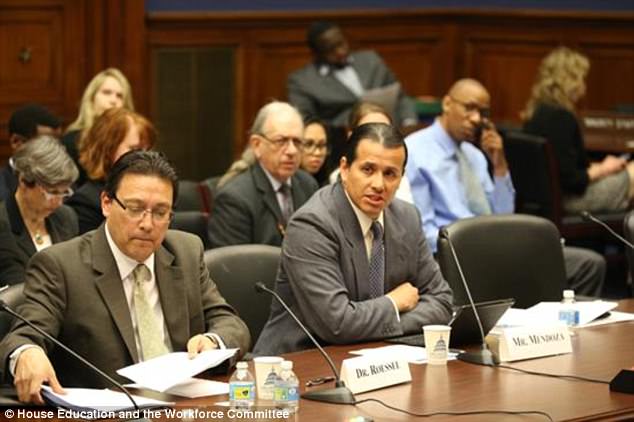 All time spent on the subway was paid by his taxpayer funded metro card.

The documents show that on July 5 and July 8 of 2016 are the specific dates when the four indecent pictures were taken, although witness statements claim that it happened at least two weeks before that. In one of the cases he ran off the subway when someone noticed his shifty behavior and a bystander who also saw him and shouted “stop!”

While these occurrences did not bring about an arrest until four months later, it was only the following month, in August of 2016 that William Mendoza’s personal conduct came under fire publically for an unrelated incident from 10 months earlier.

At a Native American Gathering in Washington DC Mendoza allegedly beat an Oklahoma Native American man for wearing a Washington Redskins Shirt. According to the autistic college student, Barret Dahl, Mendoza taunted him calling him  a “wetard” and condescendingly told him that he was offending him with his Redskins logo.

“Where are you from? You’re so stupid and uneducated. You don’t understand Redskins is offensive?” are the words that Dahl claimed that Mendoza used. “And I tell him I’m from Oklahoma as I’m very proud to be and that’s when he spits on me.”

The ensuing fight left both men wounded, but Dahl ended up with $40,000 of dollars in medical bills and several surgeries were required for his hand.  This prompted him to start a Go Fund Me account.

Mendoza’s attorney Mark Zaid, mis-categorized the incident and bullied Barret Dahl on national television when he threatened that there were plenty of witnesses and would consider “legal remedies.” In other words, he threatened to bring suit against Dahl in addition to the bills already incurred by the Oklahoman.

At the time of the report, no witnesses had spoken out nor returned phone calls. It is possible that Zaid may have lied about the witnesses in order to maintain his bullying stance over Barret Dahl and his family.

Overall, it appears that Mendoza suffered no loss as a result of his violent behavior nor has he been punished, likely due to his ties to the Obama administration. But that did not stop the D.C. Transit Authority from arresting him three months after this revelation came out and then bringing him to justice for sex crimes the following January.