Iran Blames Sunni Saudi Arabia, But Sunni CAIR-Hamas and Shiite Hezbollah Are Both Connected to the State 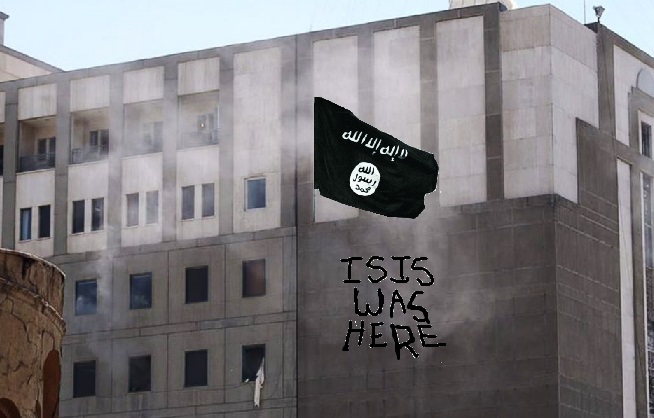 Terrorists strikes terrorist state as Isis claims responsibility for the two attacks in Iran’s capital on June 7 which claimed lives.  Unconfirmed reports by Iran’s state-run news puts the body count at 12 not, including the 6 attackers, with several wounded.

One of the attacks occurred inside the parliament building where a session was in progress resulting in 11 deaths and a stand-off which lasted approximately 4 hours.

According to the AP, other attack symbolically took place at the tomb-shrine of the Ayatollah Khomeini, the leader of the revolution that overthrew the shah.

The article states that according to Iran’s Islamic Revolutionary Guard and hard-line analyst, Hamidreza Targhi, Saudi Arabia and its allies’ ideology are more closely related to ISIS. Iran’s double-speak is obviously contrary to the purpose of Trump’s Middle East visit, which of course was to find ways to defeat  ISIS.

In a Reuters report, Iran’s Revolutionary Guard issued the statement, “This terrorist attack happened only a week after the meeting between the U.S. president and the (Saudi) backward leaders who support terrorists. The fact that Islamic State has claimed responsibility proves that they were involved in the brutal attack."

Although Saudi Arabia has denied any involvement in the attack, the accusation comes only days after Riyad and other Sunni allies cut relations with Qatar for its backing of Iran and other terrorist organizations.

However, it is much more likely that these rare attacks in Tehran result from a separate power-struggle between the terrorist sects, Islamic State (ISIS) and Iran who supports Hamas, Hezbollah, Palestinian Islamic Jihad, and the Council of American Islam Relations (CAIR).

According to deputy interior minister, Mohammad Hossein Zolfaghari, attackers dressed as women stormed through parliament’s main entrance in Tehran.  One of them detonated a suicide vest.

A journalist for state run media reported, “I was inside the parliament when the shooting happened.  Everyone was shocked and scared. I saw two men shooting randomly.”

The Islamic State’s Amaq statement comes as a surprise is it points out a subtle irony.  Although Isis is a Sunni faction and Iran is Shiite, Iran has contributed to both types of terrorism by contributing to the likes of CAIR-connected Hamas and Hezbollah.