Why The Left Hopes You Will Abandon Faith In Christ Featured 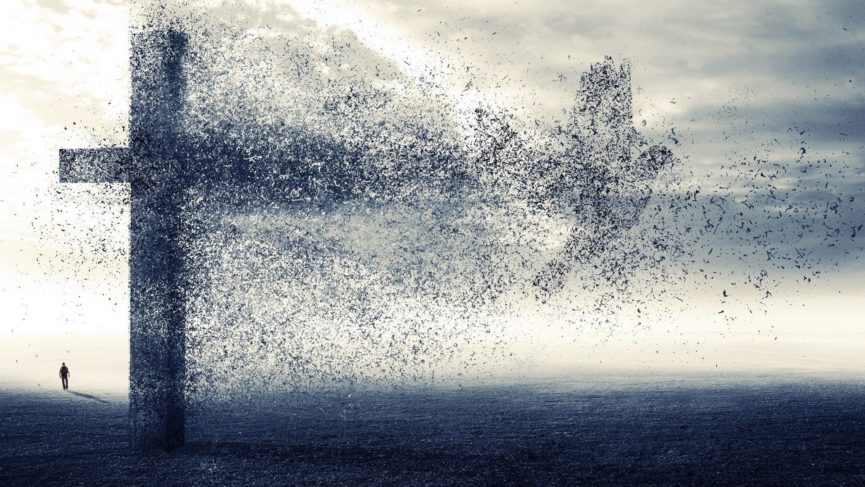 Of course, there actually is a good reason for that.  Going all the way back to the Founding of this republic, there have been those (for example, the loyalists) who have sought to undermine the divinely inspired concept of liberty and one nation under God.  For decades, much like parasites invading a healthy body to destroy it, the leftists have poisoned the government school system via indoctrination and have caused a sickening impact on the thinking processes and actions of many Americans.

Despite the preponderance of evidence to the contrary, American students in both government schools, colleges and universities have been convinced that communism is the way to go and that most of the Founding Fathers were evil non-Christian racists.  But clearly there was a predominant Christian consensus in colonial America that shaped the Founders thinking and their writing of the founding documents and laws, resulting in the republic we have today, but can lose if we don’t stem the bigoted leftist tide against what is good for “We the People.” The Declaration of Independence identified the source of all authority and rights as their “Creator,” and then accentuated that individual rights were God-given, not man made and handed out by big government.  Thus, there would be no king or established religion to stand in the way of human liberty or dignity uniquely tied to Judeo-Christian ideals.

While knowledgeable historians do not limit the “Founding Fathers” to the 55 delegates at the Constitutional Convention, this core group of men represents the religious (Christian) sentiments of those whose shaped the political foundation of our republic.  As a matter of public record, the delegates included 28 Episcopalians, eight Presbyterians, seven Congregationalists, two Lutherans, two Dutch Reformed, two Methodists, two Roman Catholics, one unknown, and three deists (those who believe in an impersonal God gave the world its initial impetus but then left it to run its course).  A full 93 percent were members pf Christian churches, and all were deeply influenced by a biblical view of mankind and government.

A study of the Founders last Will and Testaments provides convincing declarations of the strong religious beliefs among so many of them.  Add to that their personal writings concerning their faith in Christ, plus their leadership roles in establishing and guiding numerous Biblical societies, plus their service in active ministries, and evidence is overwhelming.

In a joint statement, John Adams and John Hancock wrote: We recognize no sovereign but God, and no king but Jesus.”

He who made all men hath made truths necessary to human happiness obvious to all…Our forefathers opened the Bible to all.

Samuel Adams, Signer of the Declaration of Independence.

“It cannot be emphasized too clearly and too often that this nation was founded, not by religionists, but by Christians; not on religion, but on the gospel of Jesus Christ”.

“To the Supreme Head of the universe, to that great and tremendous Jehovah, who created the universal frame of nature, worlds and

systems in number infinite…To this awfully sublime Being do I resign my spirit with unlimited confidence of His mercy and protection”. Henry Knox, Revolutionary war general.

This is just a minute smattering of quotes from the vast majority of the Founders who supported and encouraged including the fruitful benefits of Christian principles and a firm belief in God.  Only demented determined bigoted deniers of the left continue to peddle their denials as truth to generation after generation of students inorder to fundamentally change America into something more akin to Europe, China, Venezuela or anything other than the l

and of Liberty and Justice for all.  In fact, that is one of the reasons why the Political Left hopes you abandon or reject Faith in Christ.  My fellow Americans, seek ye the truth for yourself and be a part of making America greater than she has ever been.  The republic you help to save could be your own.  God bless you, God Bless America and may America bless God.