A recent study commissioned by United Kingdom officials revealed that Christians are the most persecuted religious group in the world. According to the BBC, the interim report was ordered by UK Foreign Secretary Jeremy Hunt and led by the Bishop of Truro the Right Reverend Philip Mounstephen.

that one in three people suffer from religious persecution overall with Christians being the most persecuted.

Foreign Secretary Hunt said that he feels that “political correctness” played a part in the issue not being addressed in the public.

The report shows that “genocidal acts against Christians” has essentially caused them to face being “wiped out” from areas of the Middle East. The review shows, for example that the numbers of Christians in Iraq have fallen from 1.5 million in 2003 to less than 120,000 today.

Moore went on to describe The President as “strong and focused as I have ever seen him. It was as if he was entirely above the fray.”

The research also points out that genocidal acts chiefly results in “exodus”, warning that the religion “is at risk of disappearing”.

In the Bishop’s words, “Evidence shows not only the geographic spread of anti-Christian persecution, but also its increasing severity.” He also noted that “In some regions, the level and nature of persecution is arguably coming close to meeting the international definition of genocide, according t o that adopted by the UN.”

This interim reported was commissioned on December 26th last year to look into how the government can help some of the 215 million Christians who faced discrimination and violence, according to the Foreign Office.

The announcement came also as the world became aware of Asia Bibi, the Christian woman who received death threats after being acquitted of blasphemy in Pakistan.

This report comes only weeks after the Sri Lanka Easter bombing attacks on churches and hotels holding Easter Sunday services. The bombings, which were carried out by a local Islamic extremist group, resulted in at least 359 deaths and hundreds wounded. 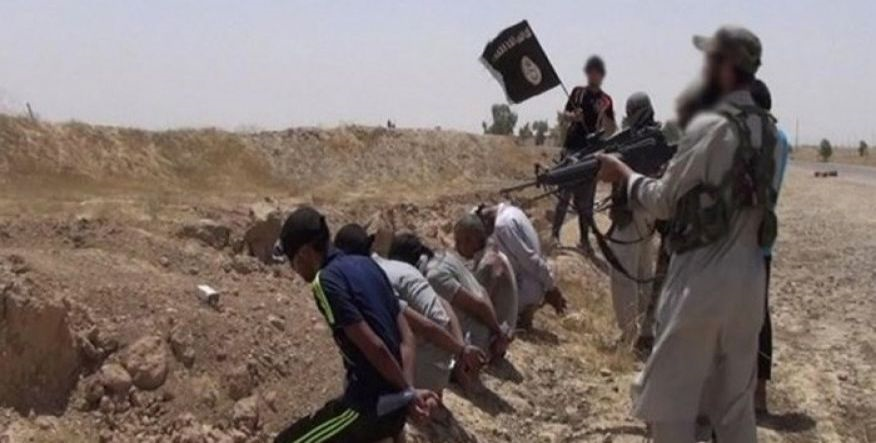 As the state-ordered report suggests, attacks on Christians have increased all over the world. In recent years, Easter holiday attacks alone have included the following according to the Gatestone Institute:

However, Easter Sunday is only a small piece of what is continually happening all over the world with little notice. In Nigeria, for example, radical Islamic groups such as Boko Haram and Fulani have waged an all-out war on Christian churches and villages, killing thousands since 2009. In just February and March of this year, they were for more than 400 Christian deaths in Nigeria.

In India, a country that is approximately 80% Hindu, has ramped up attacks and violent rhetoric against Christians. Hindu hardliners from the radical Hahasabha and Bharatiya Janta political parties see Christians as a threat to the majority and have even called for forced sterilization of them.

Since 2015 the Somali terrorist group Al-Shabab has murdered hundreds of Christians in bordering Kenya. In April of 2015 the 147 lives were lost when the group attacked Garissa University, about 200 miles east of the capital Nairobi. Kenya is predominately Christian, but Muslim politicians in the communities bordering Somalia have called for the elimination of Christianity in the country.

The list of countries which persecute Christians in mass include Pakistan, Afghanistan, Somalia, Libya and many more.

Foreign Secretary Hunt’s assertion that political correctness is partly to blame is not unfounded. Media outlets in the civilized world have perpetuated a narrative that has long sought to portray Islam as the most oppressed religion. Despite the many terror attacks that have come from various Muslim communities, the media has been hyper-focused on protecting the religion overall while ignoring oppression Christians.

The term “Islamaphobia” was coined by the purveyors of political correctness and the mainstream media. It has been used to silence public opinion by those who point out adverse behaviors, human rights violations, and criminal conduct from the Muslim community in general.

Ironically, the claim of “Muslim persecution” has actually assisted in causing Christians to become the most persecuted religion in the world, threatening complete obliteration in many countries. According to “Open Doors” a Christian watch organization, 32 of the top 50 most dangerous countries for Christians list “Islamic Oppression” as the type of persecution that takes place.

In other words, the mainstream media is well aware of the atrocities committed against Christians, but has chosen to largely ignore them since the majority of  them are perpetrated by those it wishes to protect.

It is unclear what impact the Foreign Office-commissioned report will have on the world stage. While the mainstream media continues to advance its narrative of the “peaceful Muslim”, the United Nations seems to care little since it too is committed to the same mainstream narrative.

Read 1327 times Last modified on Wednesday, 08 May 2019 16:21
Rate this item
(0 votes)
Tweet
More in this category: « President Donald Trump Pulls Out Of UN Arms Treaty! It Wasn't A 'Constitutional Crisis' When Republicans Demanded Documents Related To Fast and Furious »