Woodland Park Farmers Market NOT A Reflection Of Its President Featured

Jake
Top Stories
28 July 2018
TAG:
Woodland Park Farmers Market NOT A Reflection Of Its President
The Non-Profit Organization Is Non-Partisan and Benefits Many In The Community 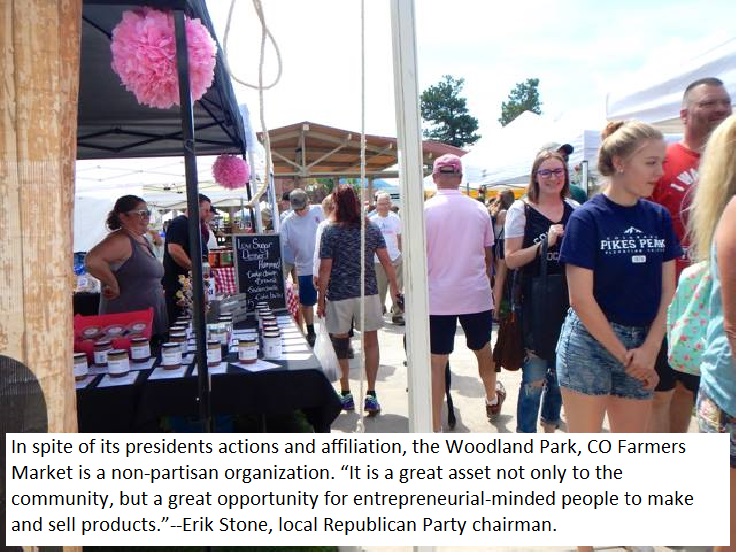 associated with this behavior.

The market is made up of several upstanding citizens who have worked hard for years to develop it into what it is today. It is unfair to assume that one man is a reflection of an organization that is friendly and welcomes its citizens with open arms.

According to the Teller County Republican Party chairman, Erik Stone, the market is non-partisan organization in spite of the political affiliation and action of its president. “It is a great asset not only to the community, but a great opportunity for entrepreneurial-minded to make and sell products.”