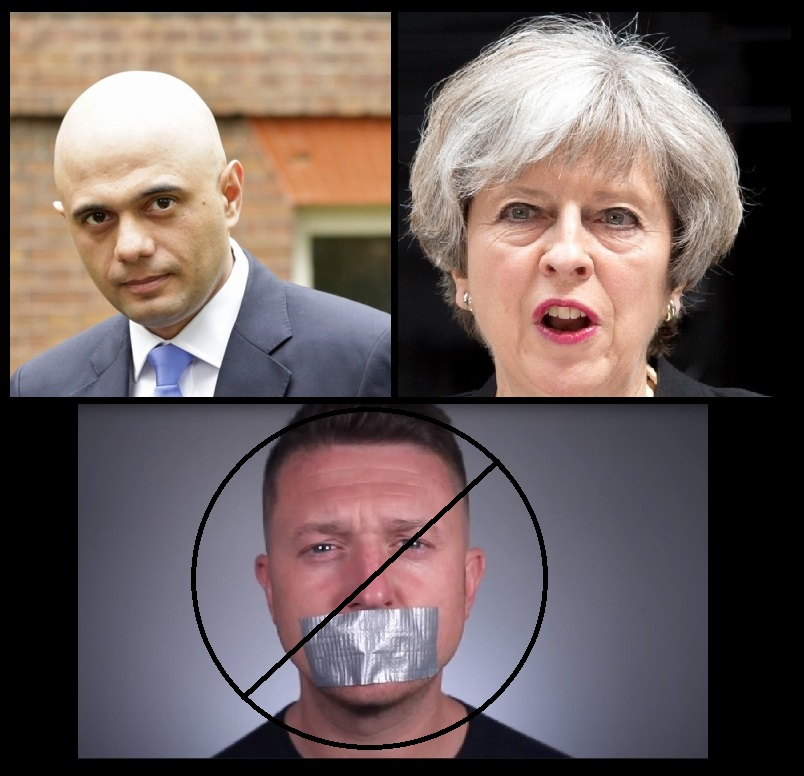 UK, London(istan)-It has been revealed that Tommy Robinson, who was jailed late last month for reporting outside a London court house has just been issued a

de facto death sentence. He was moved from a low level prison to a high security, heavily Muslim-populated prison.

Last month Robinson was arrested, tried, convicted, and sentenced to thirteen months all in the same day for reporting on trials regarding the Muslim rape epidemic. He was currently on probation for exposing similar Muslim atrocities and the judge, apparently irritated by Robinson’s persistence reporting of the truth, decided to make him pay.

But, the payment got worse. According to former Breitbart, London editor Raheem Dassam, who confirmed the news, Tommy was moved “without warning or reason” by order of Sajid Javid, Britain’s new Home Secretary.

Javid has acknowledged that he is aware that Tommy is in real danger. And, a 71 percent Muslim population in that prison almost confirms that the transfer was mal-intended.

In a recorded interview, Robinson’s manager Caolan Robertson said, that upon being transferred to the new prison, Tommy was told that a lot people there didn’t like him. Robertson also said that an Imam hasalso ordered a hit on Tommy’s life.

“He was put onto the main wing”, said Robertson who had been in contact with Tommy Robinson earlier in the day. “As soon as he arrived he looked round and he could see people shouting…he went into his cell and said that the whole night people were shouting, banging on cell doors and screaming death threats. He was really, actually quite terrified about it.”

“He is a much higher target now due to the publicity,” Robertson went on, mentioning also that this was the “most devastating news possible” because lawyers were confident to obtain Robinson’s early release.

In the short term, the situation for Tommy Robinson remains volatile unless the Home Secretary acts to prevent harm from coming to him. Sadly, it appears Javid is not looking to change his mind and Tommy Robinson may not be alive much longer as a result.