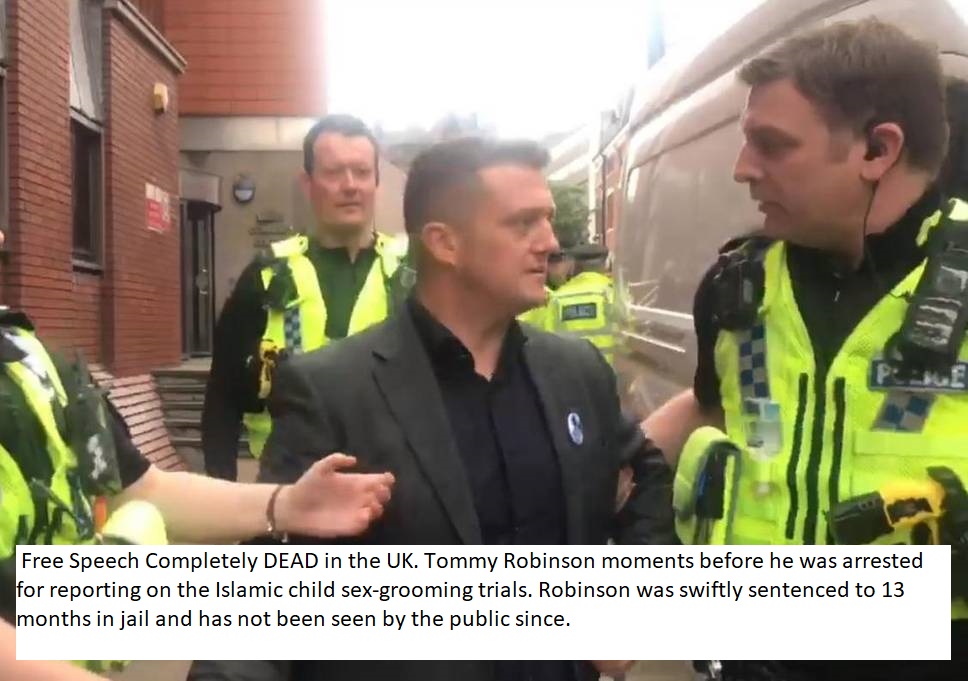 The very first time I set foot in London, back in my early twenties, I kicked up into an adrenaline high that lasted for the entire week of my visit. Never, in later years, did any other place ever have such an impact on me -- not Paris, not Rome. Yes, Rome was a cradle of Western civilization, and Paris a hub of Western culture -- but Britain was the place where the values of the Anglosphere, above all a dedication to freedom, had fully taken form. Without Britain, there would have been no U.S. Declaration of Independence, Constitution, or Bill of Rights.

In recent years, alas, Britain has deviated from its commitment to liberty. Foreign critics of Islam, such as the American scholar Robert Spencer, and for a time, even the Dutch Parliamentarian Geert Wilders have been barred from the country. Now, at least one prominent native critic of Islam, Tommy Robinson, has been repeatedly harassed by the police, railroaded by the courts, and left unprotected by prison officials who have allowed Muslim inmates to beat him senseless. Clearly, British authorities view Robinson as a troublemaker and would like nothing more than to see him give up his fight, leave the country (as Ayaan Hirsi Ali left the Netherlands), or get killed by a jihadist (as happened to the Dutch filmmaker Theo van Gogh).

On Friday, as reported here yesterday, the saga of Tommy Robinson entered a new chapter. British police officers pulled him off a street in Leeds, where, in his role as a citizen journalist, he was livestreaming a Facebook video from outside a courthouse. Inside that building, several defendants were on trial for allegedly being part of a so-called "grooming gang" -- a group of men, almost all Muslim, who systematically rape non-Muslim children, in some cases hundreds of them, over a period of years or decades. Some ten thousand Facebook viewers around the world witnessed Robinson's arrest live.