Jake
Top Stories
13 September 2017
TAG:
Why Google Wants to Produce Self-Driving Vehicles!
Why We Should ALL Be Skepticle 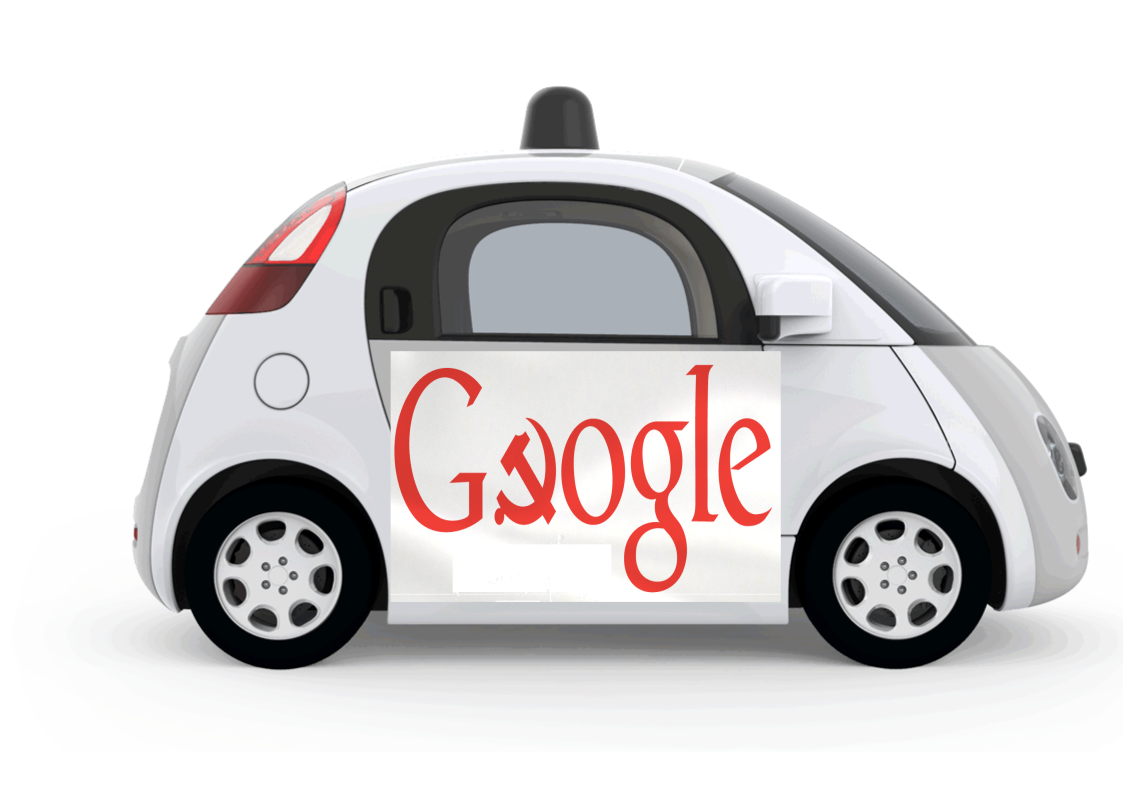 The race to make autonomous vehicles has been ramped up with several companies touting the wonders of the future. Images of people sitting in the driver’s seat, sipping their latte and looking at their ipads all while driving along is wave of the future.

“No more worries, just sit back, relax, and let the car do the driving.”  However, in the bid to make life more “simple”, this race to the self driving car may have unforeseen consequences.

Some leftist ideologues, such as Time.com’s Matt Vella, has actually argued to get rid of drivers entirely, relying on the computer-driven counterpart as a  much safer alternative. He too, touts the wonders of the idea, but focuses mainly on the superiority of machines versus man.

Americans should be cautious as to how quickly they succumb to the notion that “passenger safety” over rides all other concerns. The infrastructure of an AI-controlled roadway would necessarily require those who use it to do so at the mercy of the system itself. Many players in the race to make cars more automated have much deeper interests beyond simply making the next new mousetrap in order to reap monetary benefits.

While the government has painstakingly made it clear that driving is a “privilege” (particularly when the seat belt laws began being implemented), the truth is, driving in the United States, represents freedom and independence.  At any time, an American vehicle owner, poor or wealthy, can get into his or her vehicle, and drive anywhere in the United States if so desired.

With more cars per capita than anywhere else in the world, America has long cemented car ownership as a staple of daily life. In doing so, it has allowed the freedom that goes along with it.

This idea of vehicle ownership and the attached freedom, however, runs contrary to what the extreme left in power believe is “best” for all Americans. All over America, there are Colleges, Universities, environmental organizations, and government agencies getting involved in destroying this symbol of freedom and independence. While these entities may claim to be supporting the health of the environment, the ideology behind it is much more sinister.

The leftist progressive/elitist movement has long held that people should be herded into the cities, where, as in New York, they won’t “need to own a vehicle”. The leftist politician claims that this is done in the name of environment, when in reality, controlling the masses is much easier when they are corralled like cattle in a pen. In states like California, Oregon, and Washington, laws to protect “environmental concerns” have done little to protect the environment, but have driven up land prices and housing costs in addition to making it easier for bureaucracies to make life difficult for private property holders.

This is important to consider when making the decision to support the idea of autonomous vehicles due to some of the companies involved in the technology. Google, an autonomous vehicle competitor, has long been a leftist supporting organization. It is widely known that this company influences its own search engine to display leftist-supporting data in its searches while making it more difficult to find information that supports Constitutional freedom.

Google’s media arm, Youtube has intentionally blocked videos with content that merely questioned the intent of progressive organizations such as Black Lives Matter. Youtube blocks media of this nature and then accuses those who release the content of “bullying”.

As such, Google, and similar companies that share the same values, have shown themselves to be against freedom and liberty as supported by the Constitution. It is safe to say that progressive politicians would be perfectly aligned with Google, who could conceivably aid in helping them more rapidly achieve their usurpation of liberty.

If a person owns his or her own autonomous vehicle, there will always be a computer that is aware of the owner’s whereabouts at all times due to the required tracking devices that help operate it. In the age of automated cars, it would not be far-fetched for a tech company at the request of the government to decide when and where a person could be driven.

It is also possible that owners of these vehicles could be forced to “ride share” as many California laws already attempt to do. With the help of technology, the owner’s permission would not be needed. The car could be ordered to simply drive away from the property or be forced to stop to pick up other unintended passenger on a trip that includes the owner.

But, it has been suggested that an automated roadway would more likely do away with the outright ownership of vehicles. The progressive writer Tim Higgins of the Wall Street Journal speculates that vehicle ownership “may be akin to owning a horse today—a rare luxury.” His glimpse of the future envisions a fleet of time-shared autonomous cars picking people up as they need rides and taking them where ever they need to go, much like some cities already do, with human drivers.

The staunchly progressive New York City is a great example of this thought process at work. There almost seems to be a strong correlation between giving up the freedom of being able to drive and giving up freedom in general. The city, with only 44% of its inhabitants actually owning cars, keeps its subways full and it Taxi Cabs and Uber drivers busy at all times.

And, due to the tremendous cost of living there, many of the 56% who don’t have vehicles, likely don’t have the financial freedom to use public transportation to drive wherever they like, whenever they want, especially long trips.

In California, an organization by the name of Southern California Association of Governments (SCAG) is an unelected shadow government bent on doing away with car ownership. SCAG is headed by a former Soviet economic planner, Hasan Ikhrata.  In a recorded statement, Ikhrata has said, “In a great nation like ours, you can’t let people do what they want.” SCAG has a plan to rebuild Los Angeles and its surrounding communities into a new “mega city” that personally owned vehicles have no place in.

One of its main missions is to “minimize single occupant vehicle use”, according to SCAG staffer, Arnold San Miguel. San Miguel works for SCAG under the Transportation Conformity Working Group.  A report by SCAG makes the following statement:

Changing demographics as a result of slow population growth pattern, aging population, and Millennials that are expected to transform the character of the region over the next 25 years as people choose different places to live and more efficient way to get around.

This information shows that there is already a progressive thought process that is hell-bent on the destruction of single-vehicle ownership and its represented freedom. It touts the wonders of mass transit and seeks to push people into other modes of transportation.

A sign of a good free market economy is the rapid increase of technology. Those who invent, create, and develop should be proud of their accomplishments. Indeed, their innovation usually benefits us all by making life easier. But when companies are aligned with government, it is no longer a free market system, instead it is fascism.

Indeed, technology itself has made life better for all. But it has also made provided the tools and infrastructure to allow those in power to more easily steal liberty. The large tech companies are already “flexing their muscles” and showing Americans their power over the narrative.

This should alarm U.S. citizens and cause them to be skeptical. Vehicles that drive themselves may seem like an awesome new invention, but in reality, it could also become a larger part of that force which is already eroding American society.

Driving and owing a vehicle is essentially an American “right-of passage”. It is uniquely associated with becoming more independent, which is also a basic founding principal in the U.S.  Removing the activity from the American psyche also removes the extra focus on freedom, thus making it even easier for progressives to steal even more.