Candace Owens posted a video on her You Tube channel “Red Pill Black” on September 1, 2017 that outlined her treatment by Youtube, Facebook, and Twitter regarding a previous video release in which she was censured.

The Youtube censored video labeled “WTF? Black Lives Matter Has A List of Demands for White People!”, was temporarily taken down by Youtube for “bullying, “harassment”,  and “intimidation”.  In addition, Facebook and Twitter also joined in with their own censorship of the conservative thinker who outwardly refuses to go along with the leftist media’s depiction of racism in the United States.

Owens, considered by the progressive establishment as “controversial” has released several videos that expose the deception that inherently leads to slavery of the government. While her videos cleverly show how the left is going after freedom by staging a race war, she has only pointed out facts and has never acted as a "bully" in any way. .

Her revealing information is consistent with information as reported by InternetDeputy.com on several occasions. One of her videos actually shows the connection between the left-wing extremist media and the Hitler propaganda machine. In addition, the information that Owens conveys shows that the narrative of “white supremacy” is actually a leftist ideology. 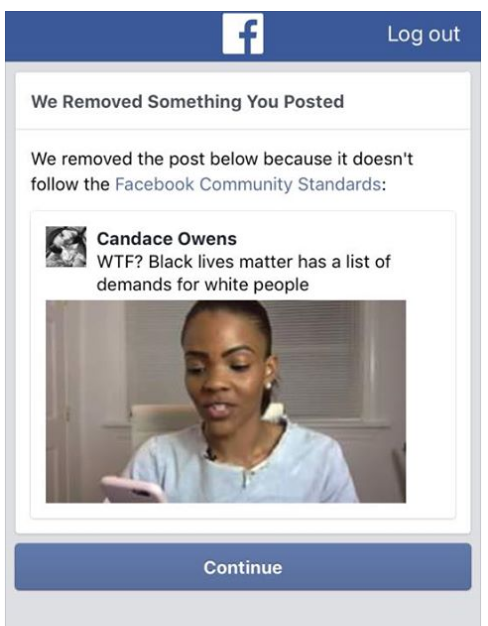 In addition, there is much stirring on Facebook as well regarding the treatment that conservatives receive by the social media behemoth. One user exclaimed, “I get blocked so often any more, it is not even worth my time to try to post anything.”

Another user acknowledged this, “When I try to share to a group, half the time they mark my posts as “spam” or tell me that it violates the Facebook community standards.” She went on to say, “I could understand if I was posting filth or outright lies, but I don’t even use foul language and I still get blocked from sharing.”

The Facebook conservative base is very large. It comprises millions of users and thousands of conservative groups with tremendous exposure. Yet, there are numerous well-documented examples of discriminated conservatives on the platform.

Last year during the presidential campaign, Facebook employees were caught manipulating the “trending” news feed to make it appear that only progressive and leftist supported narratives were being shared.

Another user admitted, “I have even set up a fake liberal account and have intentionally posted very offensive garbage with vulgarity maxed out and have never once been denied access or blocked. But, on my actual account, I get blocked, sometimes for several days and only for posting news articles!” He also said that he had been a user for more than 10 years and only recently began having problems.

To add to the frustration, Facebook shows that it simply does not care how the users feel about treatment. As one user showed the Internet Deputy writer, the company will issue a block without a detailed explanation and refuses to allow contact via email or telephone. 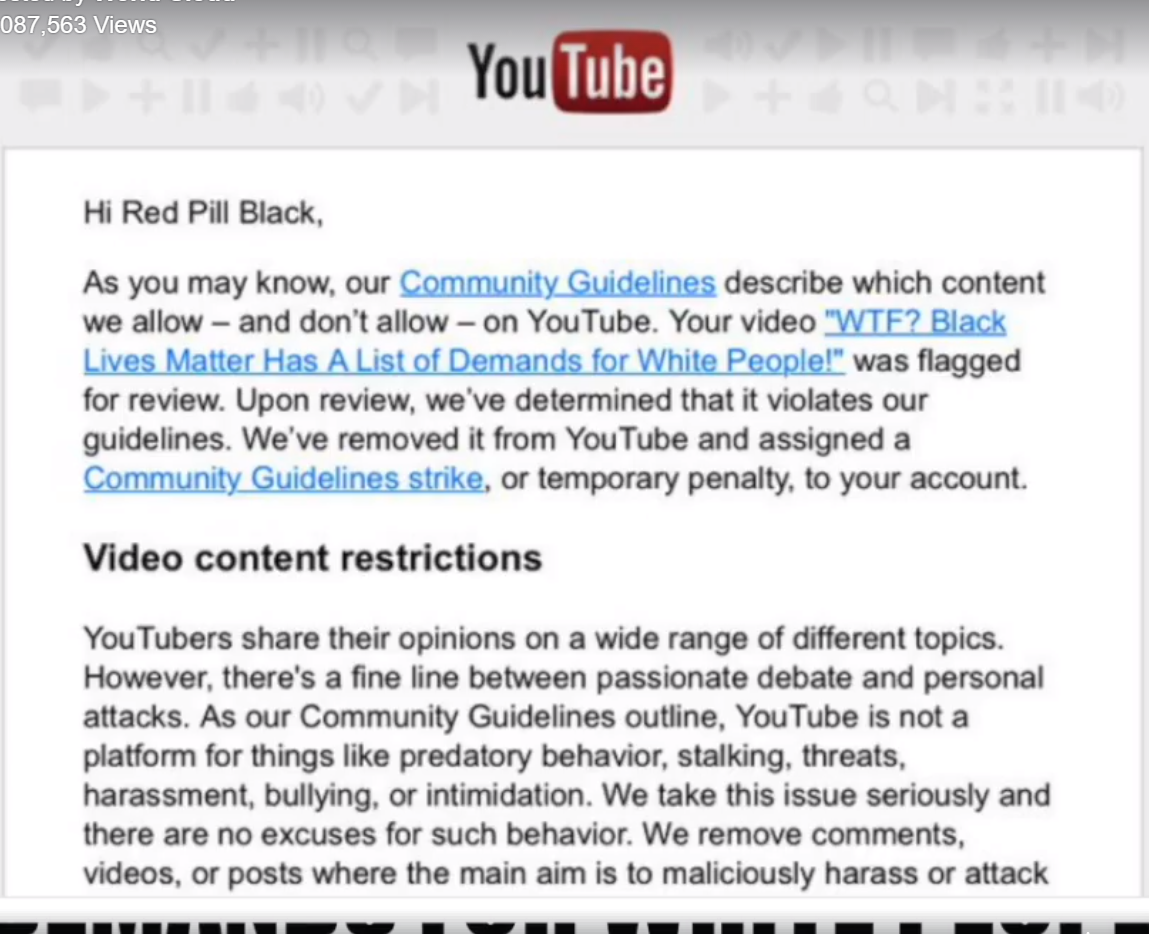 This controversy has prompted the managing editor of Internet Deputy to decide to add a social media module to his domain. There are efforts currently underway to re-tool the site to not only to report the news, but to also have a Facebook-style social network platform in order to give conservatives an alternative to become part of where they won’t be discriminated against.

Managing editor of Internet Deputy, Jake Fogg, said, “I have had the most difficult time trying to promote news stories. I have been blocked and of the 2 million or so people I am exposed to, I see they many who share the same frustration.”

Fogg also stated, “There are administrators to groups that have hundreds of thousands of users, and if Facebook doesn’t like them, they block them, rendering them unable to manage their group posts and so-fourth. I mean, can you imagine?  Having a hundred thousand or so people relying on you to authorize posts and nothing? Those groups take a lot of work and time to just have the administrator blocked without reason.”

According the web site operator, Internet Deputy plans to have a conservative style social media network up and running within the next two weeks, ready to welcome conservatives.