Trump's Travel Ban/ Kate's Law May Be Too Little Too Late... Featured 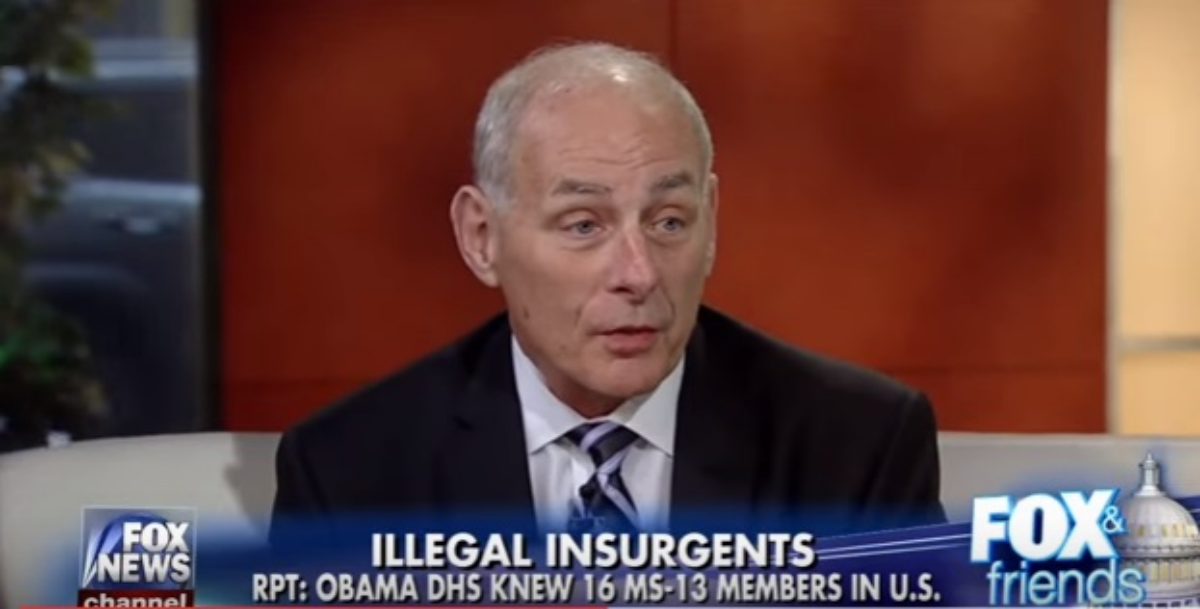 The list of offenders that have been allowed into this country include, but are not limited to: rapists, drug cartel members, people traffickers, mass murderers, dangerous gang members, drug dealers, and Islamic extremists.

It is unfathomable that this should even happen. After all, the average sensible, law-abiding individual would not go to a bad part of town and invite a ruthless drug dealer or gangster to come into his home. But this is exactly what this country did!

Why? The citizens of this country allowed people who portray themselves as “smarter than rest” to tell them how to live. These “smarter than most” belong to a class of pseudo-intellectual, Marxist –style thinkers who call themselves “Progressives”.

Typical to their kind, this small group of “elites” believes they know what is best for the world and detest free societies. In their view, freedom and liberty only gets in the way of their ideology and what it seeks to accomplish. According to the progressive class, free people are “not intelligent enough” to understand their roll the community and the world, and therefore, should not have a say in community affairs. Indeed, the progressive are the socialist-communists of the world.

“We asked for it”

Unfortunately for the majority of Americans, the elites have come to dominate certain parts of U.S. culture. They run the majority of the news media, the political “establishment”, Hollywood, and more importantly, they dominate almost the entire education system. Over time their power has become almost limitless.

The elites present themselves in a way that is in direct conflict with their ideology. They are the “chosen one’s” with “unquestionable intelligence”. Yet, their ideas are proven failures that consistently contradict empirical evidence. These inept concepts include culture-killing theories such as “multiculturalism”(which sadly I have to explain, is NOT about race), “altruism”, “Socialism”, “pacifism”, and many others.

Any person or organization that seeks to expose these ideas as fraudulent, will be sought out and destroyed through the use of “political correctness”.

Political correctness (PC) is nothing more than a device used to control language. Any voice that contradicts the progressive ideology will be publicly discredited and falsely accused of malfeasance in order to shut down the argument. For example, a politician who shows that affirmative action hurts minorities is automatically accused of being a “racist” by the establishment and a complicit media.

This is particularly true in the case of our own national security. “Open borders” is another progressive ideology that violates common sense and puts American lives in jeopardy. Nevertheless, any politician or high profile person who calls for border security in the interest of safety is immediately delegitimized. They are labeled as “racists”, “Islamaphobes”, “populists”, “bigots”, and even “right-wing-nut-jobs”.

By late 2015, the world had already witnessed the effects of the open border policy in Europe. Countries all over the continent have experienced clashes in culture, increased rapes, increased violence, and an onslaught of terrorist attacks that continue today. Yet, even with this knowledge, the Obama administration ignored the facts and doubled-down on a policy that contributed highly to the present-day vulnerability of the U.S.

In November of 2015, in response to the Paris terrorist attack, GOP leaders asked the Obama administration to halt the mass migration of Syrian refugees into the U.S. Instead of acknowledging the issue of public safety, then-president Obama dismissed them, accusing them of “political posturing” and “spreading dangerous rhetoric that could be used as an Isis recruitment tool”. With a complicit media at his behest, he publicly lectured them, making the statement “That’s not who we are”.

Barrack Obama claimed that these refugees were being vetted, but members of his own cabinet said it was impossible for the U.S. to effectively check so many coming into the U.S. Unwilling to relent, Obama , put his ego and ideology ahead of American lives.

As a result, this country is now faced with the picture painted by John Kelly on April 18th. “We are under attack from criminals who think their greed justifies raping young girls at knifepoint, dealing poison to our youth, or killing just for fun.” Kelly ominously warned.

Kelly also warned, “We are under attack from people who hate us, hate our freedom, hate our laws, hate our values, hate the way we simply live our lives.”

Perhaps the most alarming statement made by Kelly was, “And we are under attack every single day. The threats are relentless.”

The deaths caused by the attack on September 11, 2001 numbered in the thousands. Thousands more were affected for having lost family members and friends. The death, the sadness, the enormity of the complete destruction of two of the worlds largest builds in a matter of hours, all impacted Americans everywhere.

“We are under attack every single day…”

Ask anybody who is old enough to remember that day and they can say exactly what they were doing when they heard the news of the attack. Many remember everything about their entire day. It should have served as a warning, but sadly, the intellectual elitists act as if it never happened.

Kelly’s words should be heeded, but they won’t be. In fact many in mainstream media, politicians, academics and other progressives will continue to laugh at and mock those who have a genuine concern for public safety. They will continue to call them racists, Islamaphobes, and “evil right-wingers”.

Then Rachel Maddow, Chris Mathews, Craig Melvin, Anderson Cooper, and all of their colleagues will broadcast , “It was the evil right wing Islamaphobe racists’ fault for not wanting them in our country.”

But what they will NOT say, “Mea Culpa”.

America allowed those, who shrug their responsibilities and implement failed policies, to lead. America gave up its liberty in exchange for political correctness. America will be attacked. People will die as a result. And America allowed it to happen long before Donald Trump would be there to provide resistance. .