Jake
Gray Truth
26 August 2017
TAG:
DNC Lawsuit Thrown Out Due to Deep-State Corruption
Democrat Attorneys of Lawsuit With "Two Dead Witnesses" Go On Record With H.A. Goodman
Video Appears Missing But it is NOT. Click to play.

On August 25th Disobediant Media reported that    the fraud  lawsuit against the DNC was dismissed  by a judge who was  obviously bought and paid  for  or or threatened into submission  by the DNC.  The  lawsuit  was filed on behalf of donors to the  Bernie Sanders campaign who were cheated by  the by the DNC  in order to unfairly support Hillary  Clinton.

The proof of Judge Zloch's having been influenced is in that  he actually admitted that there was corruption by the Democrat  Party, but insisted that the plaintiffs failed to prove their injury. 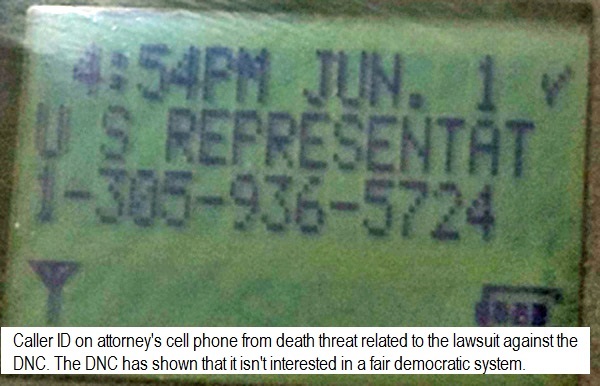 Mainstream media sources have reported very little objective  news regarding the lawsuit due to its own ties to the Hillary  Clinton Campaign.

The video is an interview with attorneys Jared and Elizabeth Beck representing those frauded by the DNC by then-DNC Head, Debbie Wasserman Shultz.

Throughout the lawsuit, the two progressive attorneys have had to endure the deaths of

two witnesses, at the han

ds of the DNC, and multiple death threats, which were determined to come from Debbie Wasserman schultz's office. 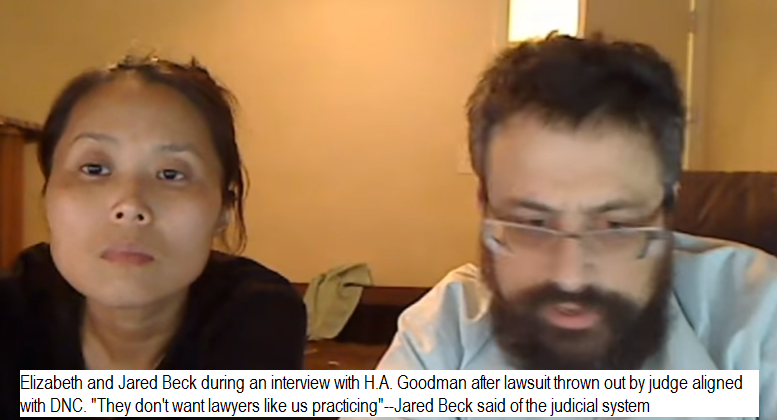 Jared Beck pointed out the general feeling of those who are trying to do what is honest in the  judicial system by saying, "They don't want lawyers like us practicing. They want lawyers that are cool with the way things are."

The results of this lawsuit continue to fuel outrage by citizens on both the right and the left who want to see this corruption dealt with and eliminated. It is this type of behavior by judicial system that raises concerns about the actual intent of the elites who wish to force Americans to live under a separate set of standards from themselves.

"I feel like a dog being put out of its misery", said Elizabeth Beck which outlines a feeling of helplessness by all Americans who want to live in a society where the laws apply to everyone.

Some critics of the current political happenings have even suggested that Americans are "living in a Matrix", referring to the movie released in 1999. They feel like freedom and real justice are simply unachievable.