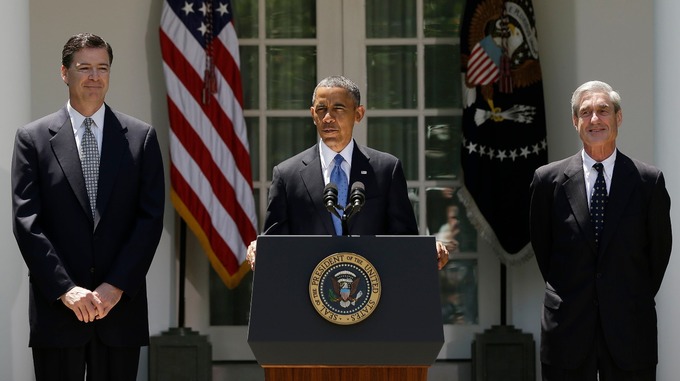 The watchdog group Judicial Watch has

filed a FOIA lawsuit for FBI records about the former director pertaining to his book which he signed to write in August, 2017 to be published in April 2018. Another suit, filed last November also seeks communication records between James Comey and the FBI before and including his June 2017 testimony before the Senate Intelligence Committee.

According to Judicial Watch, the suit regarding his book was filed on January 31 while the suit for the communications before the controversial testimony was filed last year in November. Both were filed in the U.S. District Court for the District of Columbia as a result of FBI and DOJ ignoring several requests for information, thus cementing the collusion to withhold information from Americans.

Former officials are generally required to turn over transcripts for preapproval before publishing. But, in this case, it appears that Comey has been exempt from this standard or it is is being handled within the FBI.

According to the Washington Post and Associated Press, Comey’s book deal has garnered him $2 million dollars and was bid on by at least three publishers. The winning bid was from a Macmillan subsidiary, Flatiron.

The November law suit which deals with the June testimony, seeks communications prior to and including the date itself. The information that is sought in that matter include the investigations into the false Trump-Russian collusion allegations, the Hilary Clinton email scandal, and the fact that he himself broke the law by leaking information in order to prompt a special counsel.

Judicial Watch has filed several FOIA lawsuits over the last several years. In general, the organization seeks to expose the deep state media complex to the public. In light of recent revelations including the Nunez Memo, the need for such oversight continues to grow.

Headed by President Tom Fitton, the watchdog group is consistently active in exposing cover-ups and corruption in the interest of freedom and liberty in the United States.