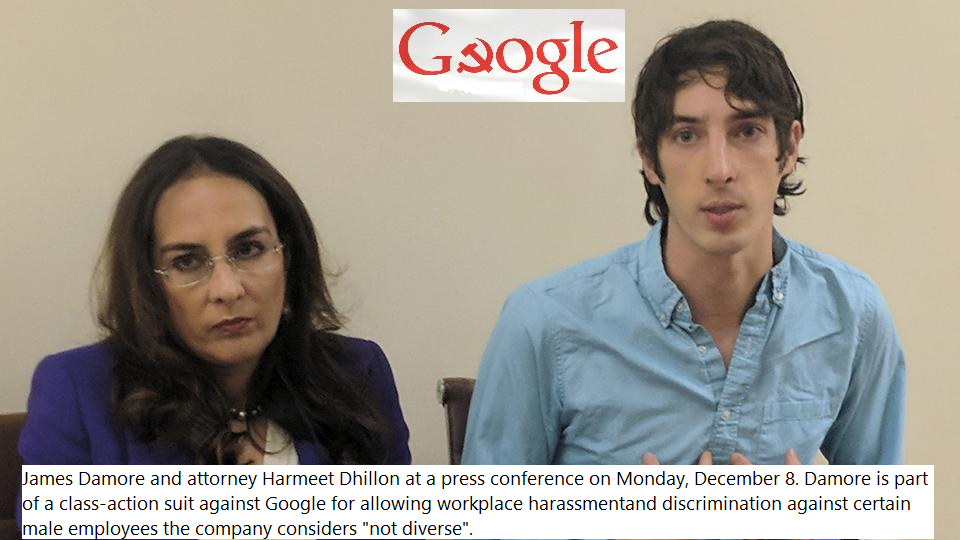 A class-action lawsuit filed against Google revealed that the company’s definition of diversity is “women or individuals who were not Caucasian or Asian.”

A Breitbart news piece reported that the lawsuit, filed by former employee James Damore, has provided an in-depth look into the operations and beliefs of the internet giant.

This has also shed light onto the political correctness, or language control tactics, of the Silicon Valley tech industry as a whole.  James Damore was fired by Google last August for a memo that he circulated in an inter-organizational open suggestions forum in response to a staff summit on “diversity”.

The memo, titled “Google’s Ideological Echo Chamber”, also calls out Google for its public shaming and hiring practices which discriminate against employees the company deems as “not diverse”.  Upon the initial release of the document, Google’s own HR department agreed with Damore on some of what it stated.

Meghana Rao, a member of the tech giant’s Human Resources department, agreed that some concerns that Damore had for the company were valid. In a statement, Rao said, “some of the political things at Google were a problem,” citing employee complaints of persecution for conservative beliefs. In spite of this, CEO Sundar Pichai interrupted his own vacation to fire and publically castigate Damore.

According to the lawsuit, the former Google engineer alleges that conductors of the “Diversity and Inclusion Summit” discussed ways to increase diversity within the company. The presenters talked of hiring policies they engaged in to help achieve this goal including treating women and members of certain ethnic groups in a more welcoming way than other groups, specifically, Asian and White males.

By its own standards of diversity, Google’s CEO Pichai, an Indian-American, would not be considered “diverse”. More and more, the evolving leftist narrative holds that “White Privilege” now encompasses Asian minorities.

According to the lawsuit, which is joined by other affected employees, Google has failed to protect its staff from workplace harassment, by allowing them to be ostracized, belittled, and punished for their skin color, gender and political views.

James Damore’s termination is not protected by the First Amendment, but rather a California law that protects employees from discrimination due to political beliefs. In a state that values the fallacy of political correctness, the lawsuit is likely to be hard fought for Damore. However, his attorney Harmeet Dhillon claims “it would not be a precedent [to defend white conservative males as a protected class], it would simply be an application of the law.”

In a show of intimidation, Google stated to Wired “We look forward to defending against Mr. Damore’s lawsuit in court.”