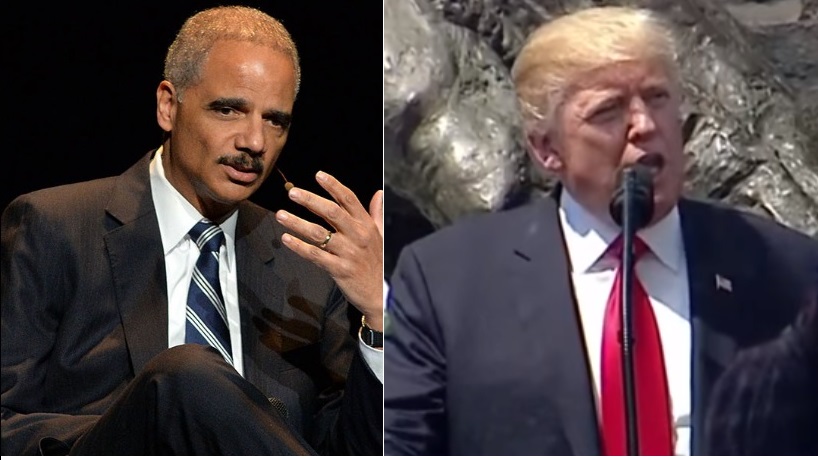 The Los Angeles Daily News reported that the City of Los Angeles is suing the Department of Justice for changing federal grant money rules as they relate to “sanctuary cities”. Ironically the city attorney, Mike Feuer, claimed that the imposition of the rule-changing was “unconstitutional”.

According to federal law, however, sanctuary cities, or cities that harbor illegal aliens, are by their own actions, violating the Constitution of the United States.  But this is not the first city in California to sue the government for denying grant money on the basis of unwillingness to comply with the law.

In fact, the Los Angeles law suit was filed in San Francisco in an attempt to join forces with the Bay city and others that have already filed similar suits.

The federal grant money that is being sought is known as the Justice Department’s “Edward Byrne Memorial Justice Assistance Grant”. The grant specifically allocates funds for the purpose of crime-fighting in the cities that receive it.

The city of Los Angeles stands to lose an estimated $1.9 million in the next year if the city fails to meet the new grant requirements that were announced by Attorney General, Jeff Sessions. In other words, the city could comply with the law that is already on the books and get the grant. This is a political tug-of-war between the Justice Department and the city of Los Angeles.

By filing the suit, Los Angeles acknowledges that it refuses to comply and will continue to violate federal law where sanctuary cities are concerned.

According to Feuer, the guidelines set by the Department of Justice are too difficult to meet. One of the requirements is that the city must notify the Department of Homeland Security 48 hours prior to releasing illegal aliens who are wanted by U.S. Immigration officials.

The city attorney alleges that Los Angeles rarely holds anyone for longer than 48 hours. He contends that to hold them longer without a warrant or “probable cause” would be unconstitutional. However, his statement disregards the fact that the illegal alien, by definition, is violating the law by being in the country illegally.  As such, the City of Los Angeles has right to hold an illegal until federal authorities can pick him up.

Furious, the city attorney publicly castigated President Trump by saying, “Federal grants to protect public safety are not weapons.” However, the Trump administration’s immigration policy, if followed, is designed to do that very thing, make the public safer.

Spokesman Devin M. O’Malley of the Justice Department noted that violent crime in the city has increased since 2014. “It is baffling that the city would challenge policies designed to keep residents of L.A. safer, especially from the scourge of transnational gang activity”,  O’Malley said referring to groups like MS-13, a LaRaza-linked organization.

O’Malley went on to say that the “reversing sanctuary city policies is about more than just enforcing federal immigration law by detaining criminals here illegally—it’s about re-establishing a culture of law and order, where crimes are punished and people are deterred from committing them.”

Likely due to the City’s budget shortfall, Feuer’s office is receiving pro bono help from Covington & Burlington LLP law firm. Former Attorney General Eric Holder is a partner in that firm. Being an aide in this suit is typical for Holder, a devout socialist-progressive, has a past of supporting litigation that seeks to undermine American society.

Juan De La Cruz, a factory worker in the City of Industry, who commutes daily from his apartment in Los Angeles, said bitterly of his home city, “They want it both ways! They want to protect these illegals but then want to use my tax money to pay for protecting citizens from the crime they cause!”

“I agree with Trump”, he continued. “If they want the money, they should follow the rules, period. If it(following the new requirements) gets rid of some of these gangsters, then the federal money might help out even more.”

Feuer asserts that the federal government was more specific in the past concerning the 48 hour release notification that was largely ignored. He stated that the previous requirement was only if it was possible or “practicable” for the city to do so. The new rule has not clarified if the notification is required based on those conditions.

The filing deadline for the grant money is September 5th of this year. The grant money is general slated to help pay for Community Law Enforcement and Recovery, or CLEAR which is used to deter gang violence and related crime.